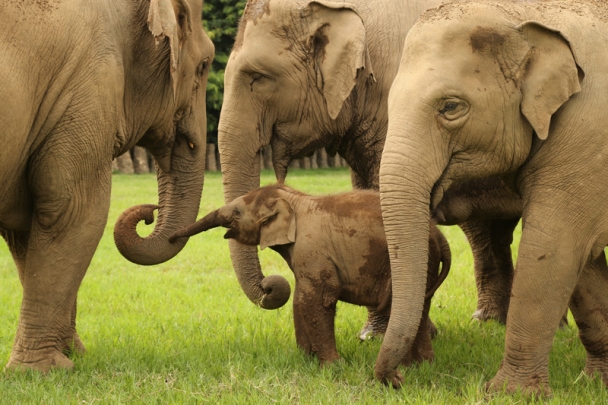 Relocating Pets All Over The World With Care !

For some, a perfect vacation consists of visiting historical sites, shopping, or trying out the local cuisine. Even some rest and relaxation on the beach can be at the top of the vacation list. But for animal lovers, nothing can compare to glimpsing or interacting with an animal in it’s natural habitat !

Here’s a list of some top vacation destinations for animal lovers.

At the top of my list is the Elephant, the largest land mammal on earth. I think these animals are absolutely amazing !

The elephant is Thailand’s national animal. While elephant treks and riding these animals is a popular activity among backpackers stopping in Chiang Mai, there are arguably better ways to appreciate and experience Thailand’s most revered animal.

Just under 40 miles outside Chiang Mai is the Elephant Nature Park, a sanctuary that has been rescuing dozens of mistreated elephants from the tourism and logging industry. The park offers single-day, overnight and week long visits that will put you face-to-face with the elephants. ENP is all about protecting and caring for these wild animals, so elephant rides are one experience you won’t have while visiting. Instead, you’ll spend meaningful time with the animals while helping feed and bathe them. Proceeds from your visit, along with donations to the Save Elephant Foundation,help to provide a safe environment for elephants. 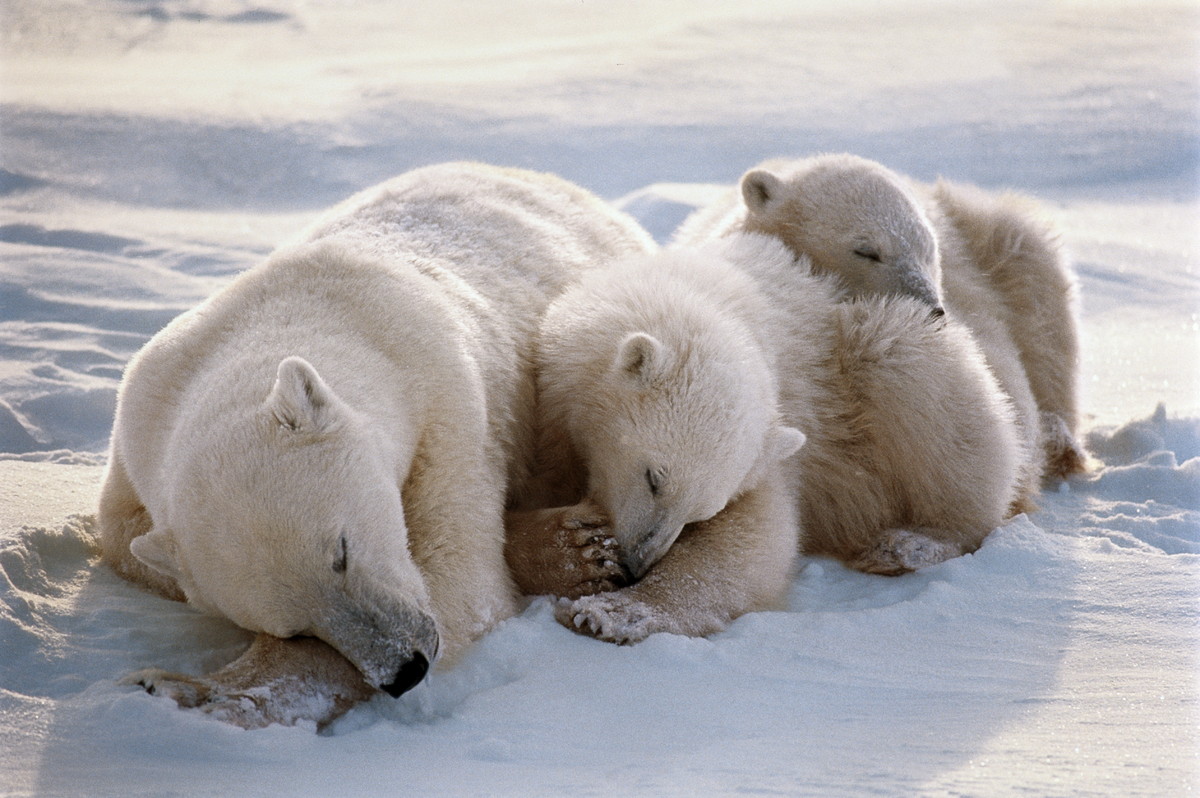 The world’s biggest congregation of polar bears occurs each fall in the Canadian province of Manitoba. A large tourism industry has built up around this annual migration, which means there are lots of ways to see these great white animals. We’re partial to the Tundra Lodge, a rolling hotel that is positioned to offer guests the best in luxury polar bear viewing options. 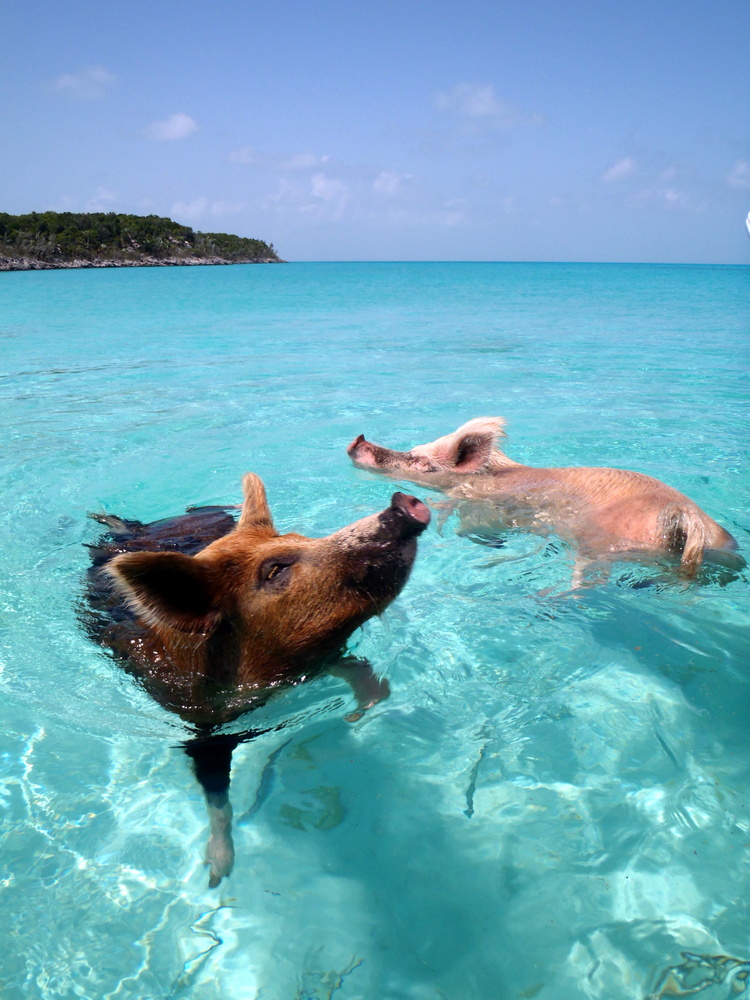 Well, the day wild pigs swim has arrived on the Bahamian archipelago of Exuma. The island called Big Major Cay is affectionately nicknamed Pig Island because that is where the wild pigs roam free on land and water. On the uninhabited (by people) island of Big Major Clay in Exuma, Bahamas, a plethora of feral pigs use a sandy white sand and warm turquoise water as their own personal playground. According to local rumors, sailors put the pigs there as a food source but then later abandoned them, leaving these pink and black spotted piggies free to frolic (and multiply). Hire a boat to take you to the beach on Big Major, and then watch the pigs take to the water and swim up to the vessel hoping for scraps and playmates to join in the fun. So pack your sooeycases to visit Pig Island. You won’t have a boaring time ! 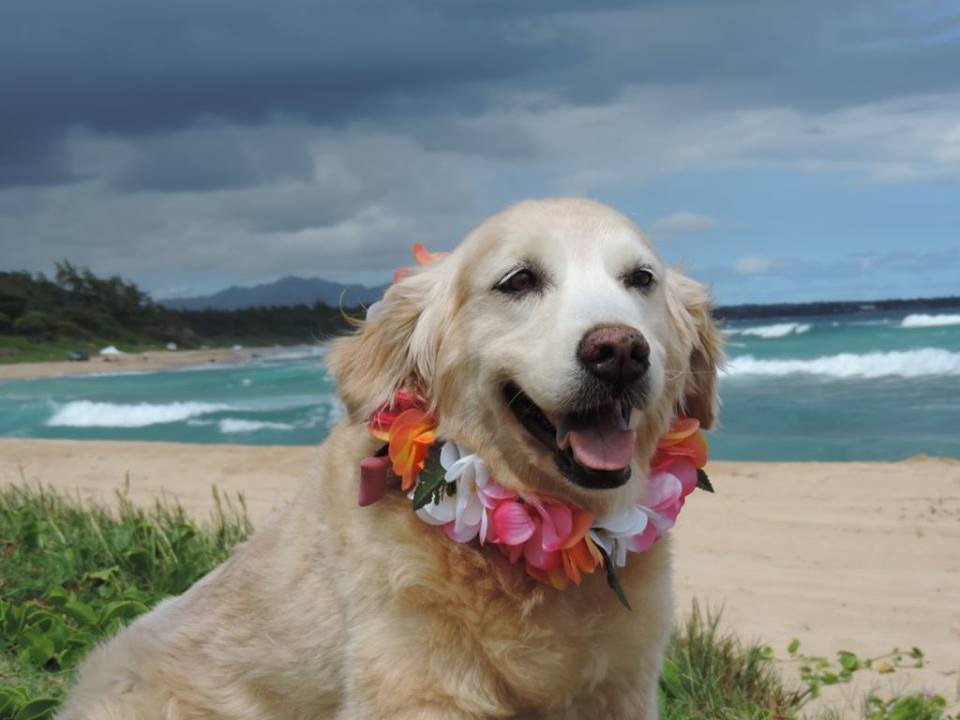 The Kauai Humane Society has an awesome program for dog-loving tourists. Visitors can borrow a shelter dog for day trips in paradise. The rescue group provides dog borrowers with a bag of supplies: an “adopt me” vest, water, towels and treats. Who doesn’t fall in love in Hawaii? Continental Pet Relocation can also help you bring your furry buddy back to the mainland if you want to make things permanent. 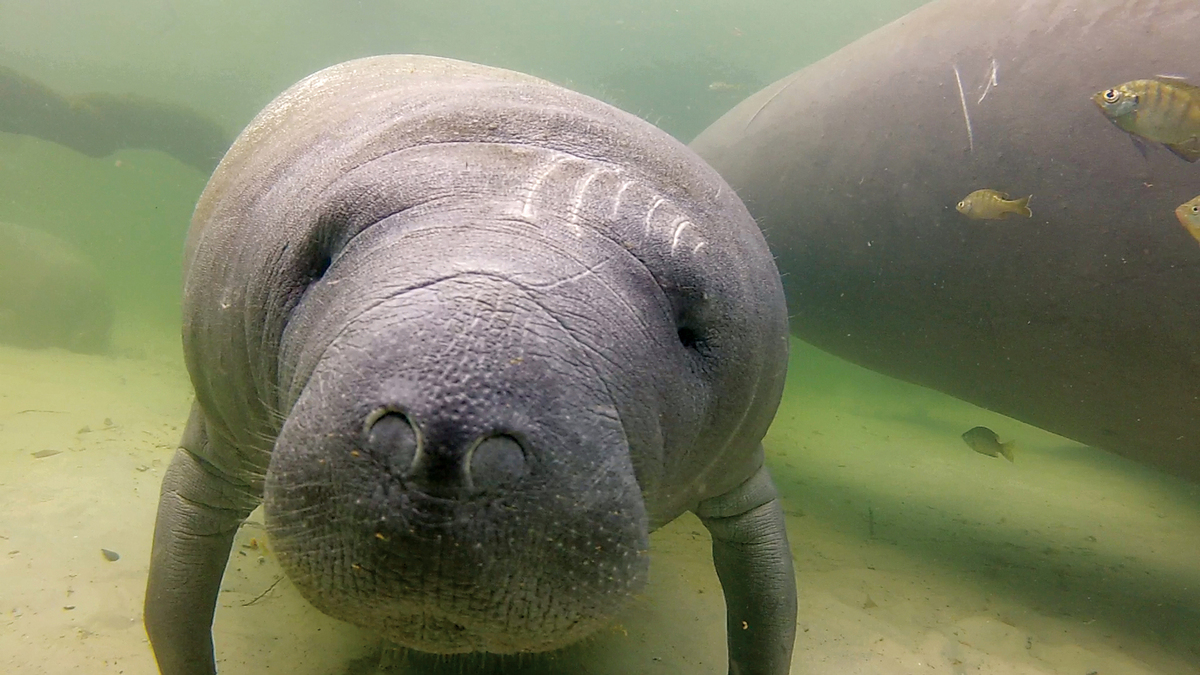 Florida manatees are found in shallow, slow-moving rivers, bays, estuaries and coastal water ecosystems of the southeastern United States. They can live in fresh, brackish, or salt water. Manatees prefer waters that are about one to two meters (3-7 feet) deep. Along the coast, manatees tend to travel in water that is about three to five meters (10-16 feet) deep, and they are rarely seen in areas over six meters (20 feet) deep. This habitat provides them with sheltered living and breeding areas, a steady, easily obtainable food supply and warm water — all of which they need to survive.  A few great places to see manatees are Three Sisters Springs ( Crystal River),Blue Spring State Park (Orange City),TECO Manatee Viewing Center (Apollo Beach) , Lee County Manatee Park (Fort Myers) 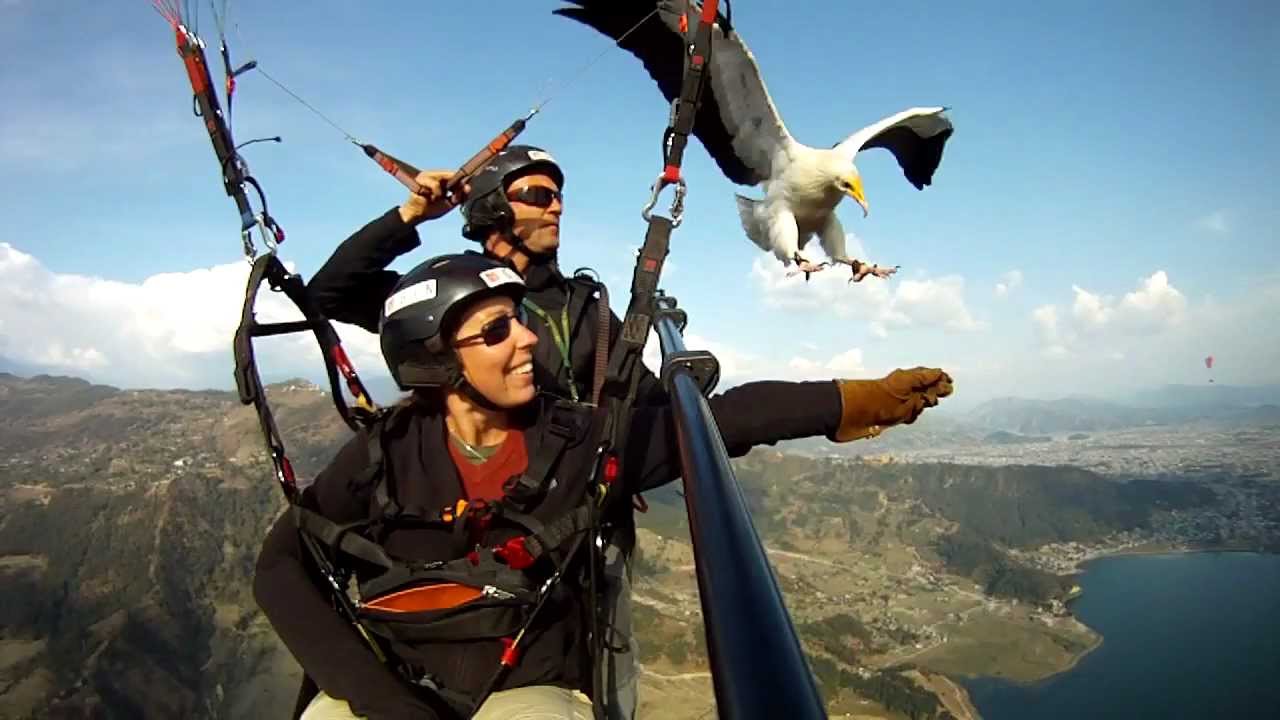 “Parahawking” involves paragliding alongside trained, endangered birds of prey in the Himalayas. It’s part extreme adventure sport, part conservation effort. Parahawking inventor Scott Mason says that the sport helps raise awareness about the plight of Asia’s vultures; Mason also donates money from every parahawking flight to environmental groups. Just as we have the ability to swim with the dolphins, Scott wanted people to feel close to and care about birds of prey especially given their current ecological situation. He is a falconer and bird enthusiast who started this business to prove that these birds of prey need our help so they do not become extinct. Learn more about this fascinating adventure at ABC News 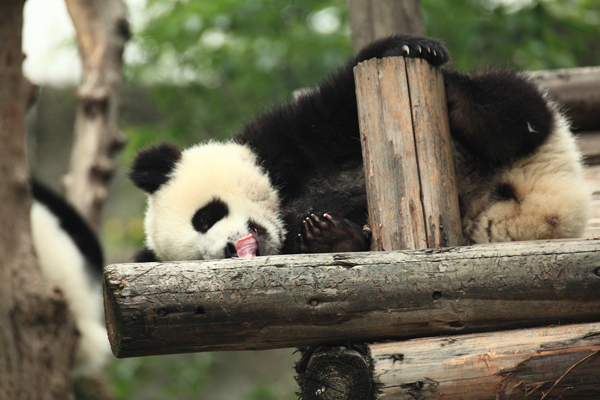 As the national animal of China, the panda bear is practically the spokesman for the country. Sadly, the panda is also classified as an endangered species. Seeing pandas while visiting China is possible throughout the country and at a variety of zoos. If you want to witness them in a more natural habitat, head to Panda Base outside the city of Ya’an. More than 80 pandas are protected at this park. Volunteer programs are available and give you up close encounters with the pandas, which include helping staff with feedings and cleaning. The Giant Panda Breeding and Research Base in Chengdu, home to around 60 pandas, offers another opportunity to see them. Since the base runs a breeding program, you may get to see baby pandas as well. For a small fee, you can even hold one. Along with breeding, the base trains the bears for a life in the wild with the intention of releasing them once they’re prepared. 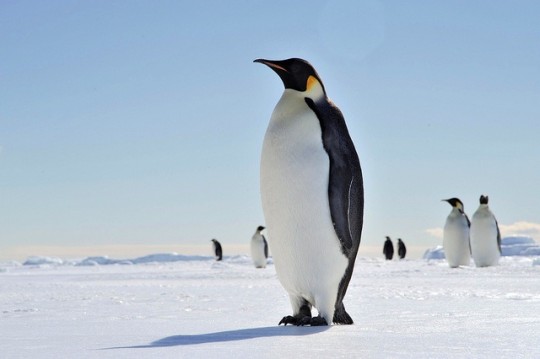 There are few animals more closely associated with the barren and frigid landscape of Antarctica than penguins. While it’s not an easy destination to visit, if you do make it to the end of the Earth, you’ll likely find seven of the 17 species of penguins there, including the mighty emperor variety. Visiting is only possible between November and March, during the Southern Hemisphere’s summer, and is typically accomplished via cruise. A number of lines offer routes to Antarctica.

Dogs and cats and hundreds of other companion animals will live our their lives in the beautiful mountains of southern Utah, at Best Friends Animal Society. The country’s largest no-kill sanctuary–motto: “Save Them All”–offers tours, volunteer opportunities, summer camps for kids and all sorts of other ways to be a good pal. The Best Friends Animal Society sanctuary in Utah’s Angel Canyon, a great vacation spot for animal lovers, is celebrating its 30th year.  At the sanctuary you can relax and soak in the beauty of the canyon, or take a guided tour with the sanctuary’s residents. You can even stay overnight and invite an adoptable pet to have a sleepover with you! The sanctuary is home to several different species of animals each living in separate areas – Dogtown, Cat World, Horse Haven, Marshall’s Piggy Paradise, Bunny House, Parrot Garden and Wild Friends. 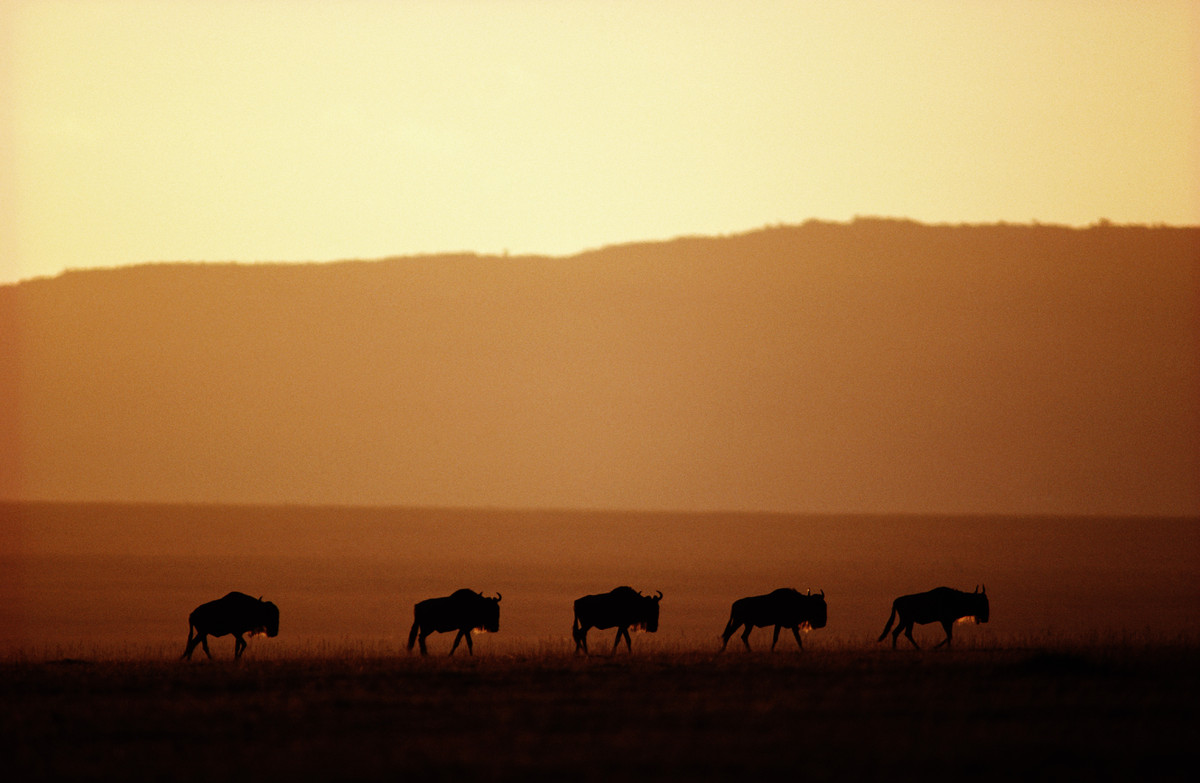 A couple million animals migrate through the Serengeti in Tanzania every year in what is believed to be the largest animal migration on earth. Massive animals such as Giraffes, lions, zebras, leopards, cheetahs, wildebeests, elephants, hippos, hyenas, and so, so many more are living in this extraordinary place.